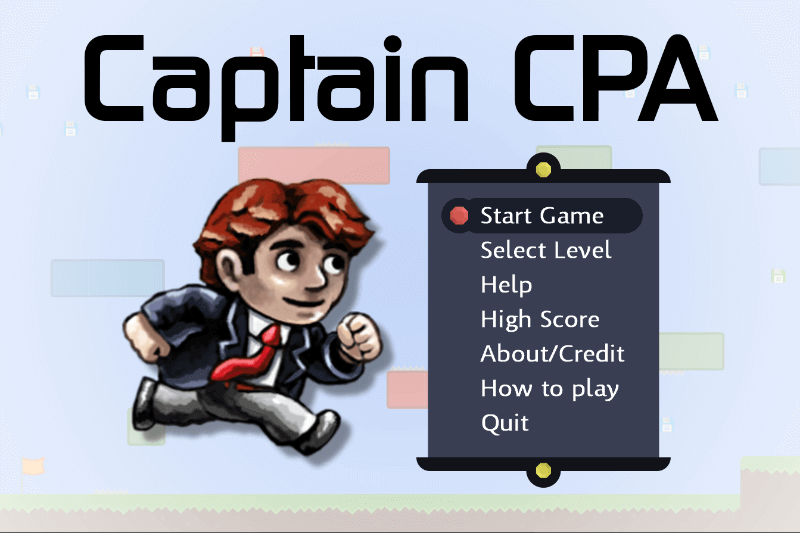 You are Captain CPA, a renowned hero whose strength, speed, and jumping ability are known the world over! Traverse a hostile world, collect discs, and avoid enemies to reach your goal!

The final project in our XNA game programming course (XNA) was a completed game of any kind...which left quite a lot of options! However, we decided to take a simple concept (platformer) and experiment with adding different systems. Over the course of several weeks we implemented a semi-efficient collision system, basic enemy movement, and an observer system (audio, etc), to name a few. While this wound up being quite a lot of work, it taught many valuable concepts that I was able to experiment with in Unity.